Whitefish Bulldog Coach Richard Menicke said that nine of the 14 Whitefish runners who raced at state ran season-best times. He called it a fantastic result when it counted the most.

The girls team from Hardin won top honors with 37 points, followed by Corvallis in second with 91 and last year’s champs, Columbia Falls, in third with 93.

Hardin took not only the top spot as a team, they also had runners finish in the top three individual positions. The individual girls winner was Hardin’s Karis Brightwings-Pease who ran a blistering 19:01. Her teammates, Mariah Aragon and Ellyse Moccasin ran 19:35 and 19:42, respectively, and the three ran as a pack for much of the race.

The Whitefish Bulldogs performed better than the 11th place finish lets on.

“The girls team, I am so proud of their efforts — lots of challenges were overcome and they got it done,” said Coach Richard Menicke. “Sure, we all wish for higher placing… but given how some girls battling injury, Morgan (Grube) and Hazel (Gawe), overcame to produce a solid time, well that was awesome.

The fastest Bulldog of the day, Grube ran in a time of 22:20. Pulsifer and Brennan finished within 25 seconds of her. Cromie, Gawe, Ward and Klepper had strong times, all within 15 seconds of each other, to have a strong finish to the season

“I am particularly stoked about our two freshmen, Maci Brennan and Maren Cromie, who had big season-best times,” said Menicke. “Also, kudos to senior Maggie Pulsifer for her excellent leadership.”

The coach added he is excited for the girls team to continue to grow in the sport.

The Park High School boys team earned the championship this year with 78 points. Whitefish finished in second with 90 points and Corvallis earned third with 132. Whitefish’s podium appearance was the first for the boys team in 10 years.

“Our boys team ran its fastest team race of the season — they were fantastic — unfortunately, Park County was better and hats off to them,” Menicke said. “Five of our guys ran their best of the season, they truly emptied the tank.”

Freshman Greyson Piseno from Billings Central won the individual boys race in 16:16, for his first title. He was followed by Hardin’s Ben Bird in 16:24 and Dillon’s Ben Steadman who ran 16:30.

“Deneb (7th) and Mason (11th) did their job leading the team, both earning All State honors,” said Menicke. “I want to acknowledge the pressure on these two young men in that role, and they did a fantastic job at State.”

“Nate (Ingelfinger) was near his season best time, placing 20th, and both sophomore Ethan Amick (23rd) and senior Reudi Steiner (29th) ran PR's as well,” gushed Menicke. “What can you say, each guy passes one more athlete and we are right there.....but I am positive the boys gave all they had.”

Coach called out his sixth and seventh athletes, junior Zach Chiarito and junior Azure Stolte, who each ran excellent races.

“(They) both had massive PRs and that was awesome… something to build on in spring track and next fall as seniors.” Menicke said.

Seniors Bowdrie Krack and Henry Seigmund were on the State team and concluded four-year careers as teammates and Whitefish Bulldog cross country runners.

“(They’re) both such solid young men, not necessarily the fastest on the team, but of quality character that made us better.” said Menicke. 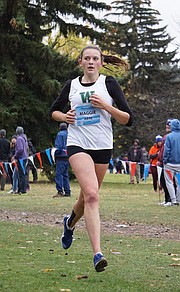 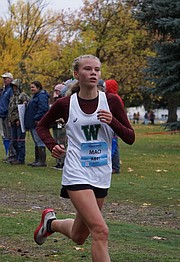 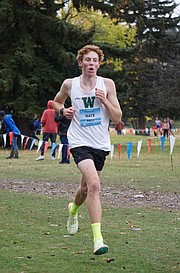 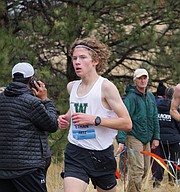 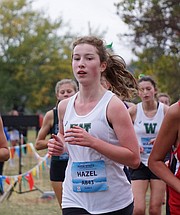 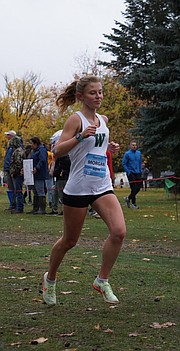