In high school, Winslow was a competitive varsity soccer player for the Wildcats, played tenor saxophone in high bands and the Columbians Jazz Band, was a member of Model UN, and was captain of the Glacier Nordic Ski Team (three years). He was admired by teachers and peers alike. He set his goals high for a future in the military. He joined the Montana Army National Guard at the age of 17, and he completed basic training at Fort Jackson Columbia, South Carolina, in August 2020. Winslow was not only a guy who you wanted to know, but also a guy who would, and could, have your back.

Winslow excelled academically in his first year at the United States Military Academy Preparatory School. He was a member of the Color Guard, Sandhurst Military Skill Competition Team, the History Club, and Alpine Ski Club. His marksmanship was a noted strength. Despite leaving the comforts of Columbia Falls for West Point, he easily made friends from across the country. He enjoyed adventures with new friends, road-tripping south to Florida and Alabama. Winslow set his sights high by accepting an appointment to the United States Military Academy to pursue a degree in engineering.

In his free time,Winslow could be found in the great outdoors. He loved Nordic, alpine and backcountry skiing. He took after his grandfather who loved to cast a line along Montana’s premier fishing waters. After returning home from his first year at the preparatory school, Winslow showed a deep appreciation for his roots. Winslow was wise beyond his years, and his maturity stemmed from a strong commitment to self and dedicated service to his country.

Winslow truly brightened all of our lives. He was hard-working, humble, dedicated, friendly, and kind. He lived life with a full heart and shone his light on everyone he encountered. His impact on this world will live on. We are all better people for knowing Winslow.

Winslow is survived by his parents, Ron and Sabrina, his brother, Walton, his grandmother, Kathy Sigler, and grandparents, Homer and Roberta Nichols.

He was preceded in death by his grandfather, Chuck Sigler.

His memorial service will be held Monday, June 13, at the Columbia Falls High School Soccer Field at 10 a.m., rain or shine.

A live stream of the service is available at https://youtube.com/channel/UC6A9N6xsdA79CgokJglm-tQ 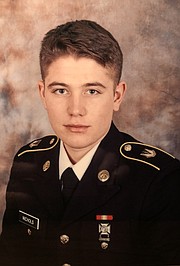